Excited to introduce new look of machine probe. First touch probe was coated in black oxide, while being easier to produce that coating had some disadvantages for example can be easily scratched and it leaves dark marks on other objects. After I decided what coating do I want, ordered new batch at another company. While it looked like trivial task, it took more than a month and 3 tries to make plating I was pleased with. 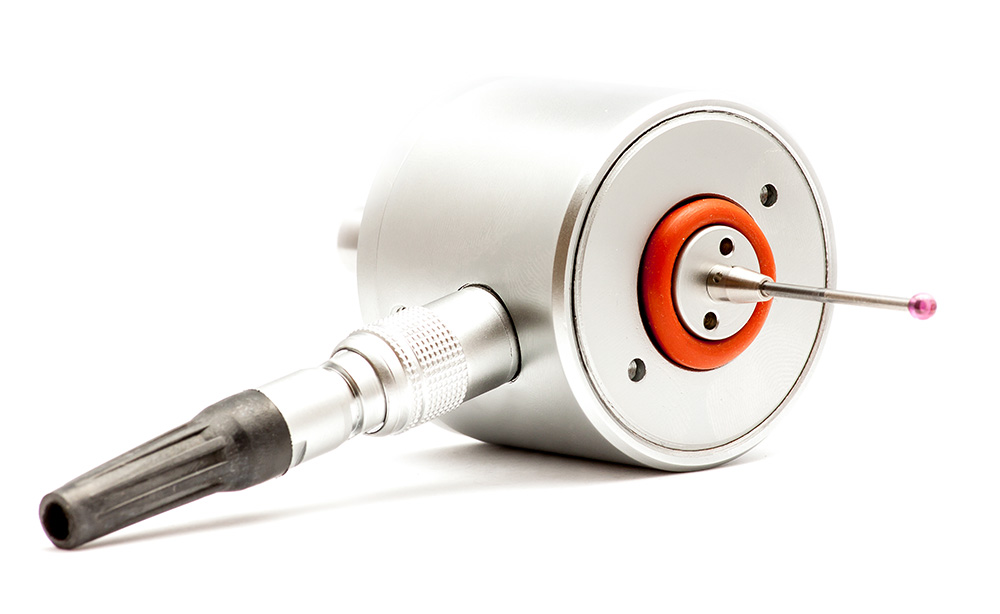 Parts had some other issues. For example it was specified parts had to be grounded as specified after plating, but manufacturer missed last part and I received parts right after plating. Of course dimensions were off. For example shank near the body was 7.95mm and at the tip 8.15mm. Had to find local company which could fix this problem. After rework each probe shank diameter varies in a range of 7.8mm to 7.9mm. Wanted shank to be as close to 8.0mm as possible.

Despite issues with new manufacturer I received much cleaner parts and could assemble right away without need to clean them in ultrasonic cleaner. New surface is also harder to scratch. I am pleased with new look.