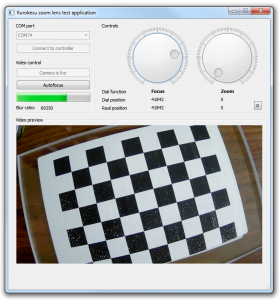 I have been working on open-sourced motorized zoom lens for a while. Probably there is no need to mention benefits of having motorized zoom/focus lens on a regular CS type camera. Even greater value comes by having auto-focus capability. This feature is being calculated on host computer and does not consume lot of resources. Many other features can be added to suit particular needs (like automated object fitting into frame, barcode scanning, etc.).

I have also been interested in computer vision algorithms and frameworks for a quite a long time. Naturally I have chosen OpenCV (which is kind of De Facto for most research applications).

As I later found out it is not so difficult to calculate useful analytical data by yourself. Contrast (or inverted blur) ratio can be found by calculating Laplacian transformation. Which is pretty fast to work in real-time.

For a while I could not decide which microcontroller to use, there are so many families to chose from. Benefits of attracting Arduino community made me taking the a risk and I chose Atmega328p. So motorized lens controller is based on popular Arduino platform. While redesigning to another base is not as hard as making project from scratch, probably I will stay with current design for a while.

While lens can be used with any CS or C-mount camera, I used Kurokesu C1 camera (another good option is reworked Logitech C920). 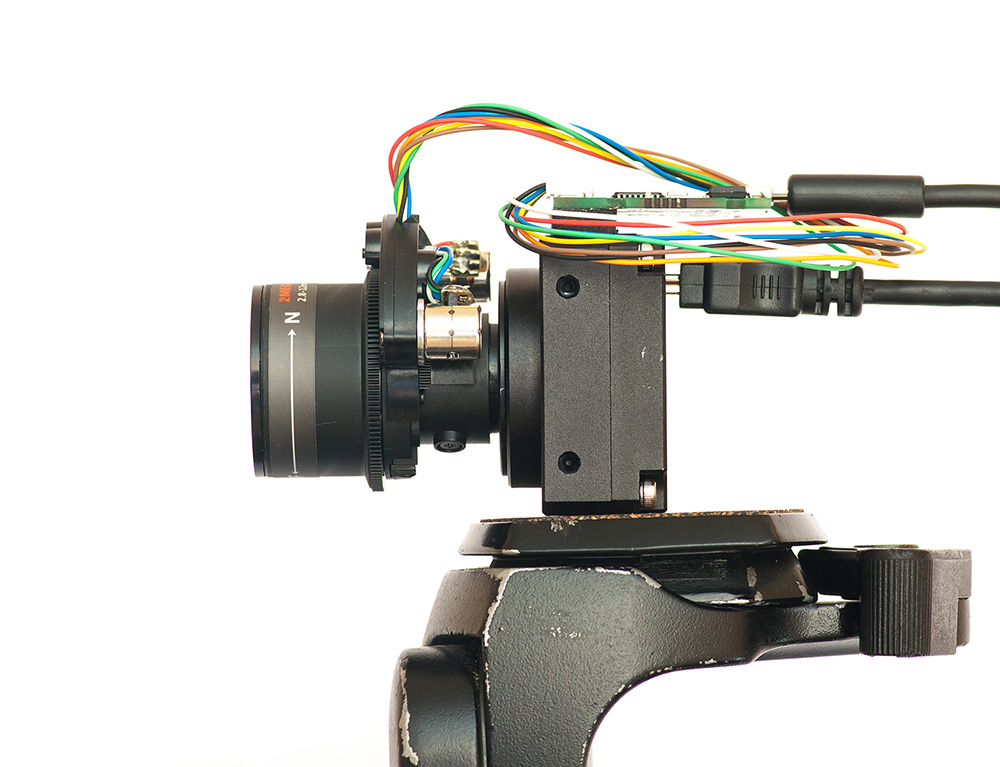 At the beginning had intentions to use grbl but as I found out it was not quite suitable for this application. While being perfect for 3D printers, cheap laser engravers and small cnc Routers, it is difficult to make necessary adjustments (uses one port for all STEP pins, it is difficult to split. Due to PCB routing decisions I placed STEP1 and STEP2 on PORTB and PORTD. Uses GPIO pins to control motor direction, my controller has to send special SPI command to change direction. Also lot of functionality needed to be stripped and necessary to be added).

Full source code (Python and Arduino) of working code is located on Github. Feel free to use and modify according to your needs.