Owning a quality camera can be fairly useful by itself. Video stream can provide a lot of information not easily comprehendable by just using various sensors. However, not always there is a human eye to make a sense of it. Therefore, additional algorithms can be implemented to provide a lot of insights automatically. A lot of them can be extracted and tracked using detection algorithms.

There are plenty of algorithms to detect objects of a choice in a photo or a video frame. Last five years saw a rise of convolutional neural networks. Their novel architecture enabled to make a detection model to learn high level abstracts by itself, only by using pictures as input data. However, there are a lot of different machine learning models, all incorporating convolutions, but none of them are as fast and precise as YOLOv3 (You Only Look Once). Differently from most of its competitors, it is built in a way that whole image is processed at once. That enables algorithm to work much faster while still offering comparable detection quality.

There are several things to be installed before a start. You should have a GCC toolchain installed on your computer. Latest OpenCV version is also required if one opts to use the tools for displaying images or videos. OpenCV should be compiled for applicable Nvidia GPU if one can be used. Python isn’t required, but highly advised for image dataset manipulations, anchor box generation and other things. Lastly, if Nvidia GPU is used and CUDA with Compute Capability >3.0 is supported it is highly advised to also install CUDA and CuDNN libraries to make execution much faster.

To download files needed to run YOLO, visit https://github.com/pjreddie/darknet. Use git to clone files or just download all the latest files if you don’t intend to switch between commits when there’s a newer version. Alternatively, you can download YOLOv3 files from https://github.com/AlexeyAB/darknet which also contain additional options and instructions about how files should be compiled, how images and videos can be processed as well finetuning on a custom dataset.

Finetuning, or transfer learning, is what we need. Deep neural networks are a lot of times trained from scratch using huge datasets such as ImageNet (containing millions of images) and usually generalize well for a huge amount of classes. However, we usually don’t need most (if not all) of them and sometimes we need classes that are not in these huge datasets. Training network from scratch on a small custom batch of images would result in overfitting – poor generalization in real life conditions even though training accuracy would be very high. Turns out a lot of images share some similarities and features for one object detector usually work well while searching for another object. That means only several last layers could be retrained, taking the rest of neural network as an already built feature extractor.

Below there are instructions on how to compile YOLOv3, do finetuning step on custom dataset and get test results. To make everything more visual and therefore more understandable a particular use case is selected – detecting pedestrians.

Kurokesu C1 camera is used to show the synergy of several technologies. 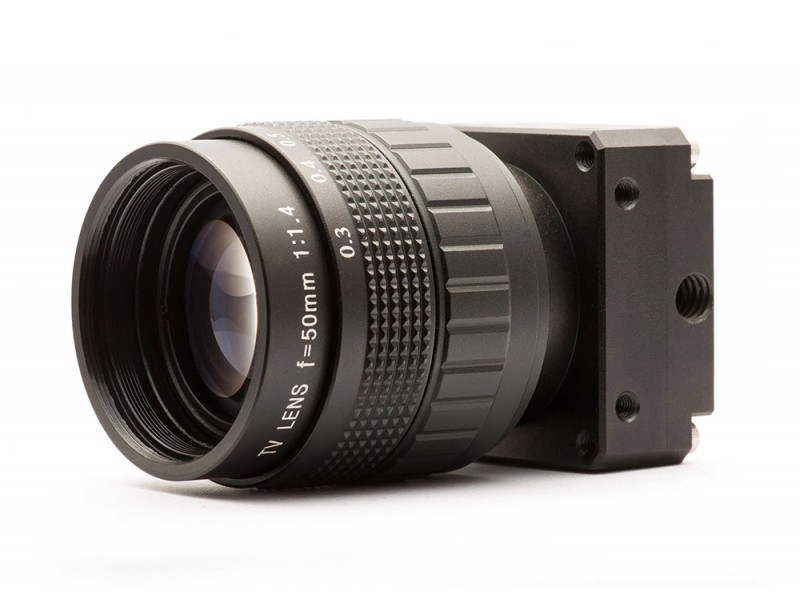 YOLO is highly configurable detection framework and its compatibility with existing hardware is ensured by making changes to Makefile and doing make in the darknet repository directory. After any changes to Makefile you should recompile code to use it. All the options you can set (some of them are only supported by AlexeyAB repository):

If you own a computer with Microsoft Windows installed and don’t intend to use console and `make`, you can compile on Windows using instructions provided in AlexeyAB repo:

Note: CUDA must be installed only after that MSVS2015 had been installed.

You can use pretty much any dataset you want. However, there are several things to make sure your algorithm will do well when testing:

A great dataset for pedestrian detection is called Caltech Pedestrian Dataset. It consists of 350.000 bounding boxes for 2300 unique pedestrians over 10 hours of videos.

To use a dataset for training it has to be in a precise format to be interpreted by training function. If you’re collecting data by yourself you must follow these guidelines. If you’re using a publicly available dataset chances are you can find converters capable of changing formats of images and their annotations. For Caltech Pedestrian Dataset you can first convert it to VOC and later to YOLO format. To get your dataset ready you should:

It will create .txt-file for each .jpg-image-file – in the same directory and with the same name, but with .txt-extension, and put to file: object number and object coordinates on this image, for each object in new line: `<object-class> <x> <y> <width> <height>`

For example for `img1.jpg` you will be created `img1.txt` containing:

Create file train.txt in directory `build\darknet\x64\data\`, with filenames of your images, each filename in new line, with path relative to darknet.exe, for example containing:

To improve object detection it is a good idea to:

Use darknet on Linux by typing `./darknet detector test ./cfg/coco.data ./cfg/yolov3.cfg ./yolov3.weights`. On Windows instead of `./darknet` use `darknet.exe`, All the other options stay the same. YOLO lets you test it on images (can run batch of them at once) and videos. Below are the results and commands used to achieve them with all needed explanations.

If you don’t intend to train a network by yourself, download obj.data file, configuration file yolo-obj3.cfg and weights file `yolo-obj_final.weights` and put them in their respective folders.

To detect pedestrians in an image:

Not writing last arguments start an interactive mode that lets input files one after another by declaring their location in your computer.
Detecting pedestrians in a video:

As you can see, commands are similar and fairly straighforward. `detector` command is called for a inference phase, `test` for image, `demo` for video. The rest of arguments are configuration file, weights file, file to be tested and confidence threshold which has to be exceeded to mark object as a detection (`-tresh`). Confidence argument is optional, by default an automatic value of 0.25 is used.

Results not only seem impressive, they are really useful in numerous use cases. Detection can help detect if an item is missing from the box (if there always has to be an exact amount of them) as well as make prediction if an item is fitted properly. Add a tracking-by-detection algorithm on top (such as SORT (Simple Online Realtime Tracking) and you can track moving things – people in a supermarket, cars in a parking lot and so forth.